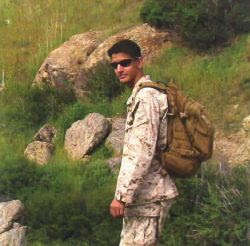 Months later, she emailed me with the horrible news. Her brother lost his life doing serving his country doing EOD, so this one is for you, Jordan Emrick. ♥

Through the month of July, $5 from the sale of EVERY bracelet (including the Deal of the Day) will be donated to the Wounded EOD Warrior Foundation in Jordan Emrick's name.

When attending the EOD Memorial in FL in May I had the privilege of meeting many of these wounded EOD warriors. I was humbled by their courage and determination and their utter lack of anger towards the military. Many were being fitted for prosthetics and reenlisting for other positions just so that they could remain in their military family. The EOD is a unique group, they are truly a family. Each one looks out for the other, and each one is just as important as another. Jordan couldn't have found a better group to be a part of. These men/women are amazing, and they continue to look out for my family. I am still receiving emails and facebook messages from several regularly checking on us. They are truly brothers and sisters in the truest form. Jordan would be so honored to know that you are donating in his name. It's like he is still looking out for them.

Thank you, Christi, for allowing me to do this; thanks to the men and women serving our country every day; thanks to those who have given their lives; and thanks to the family members and friends who miss them every day. There's nothing we can do to repay you, but we will always remember.

Posted by Sofia's Angels Foundation at 9:11 AM 8 comments:

I Am a Survivor- Cancer Survivors Day

All cancer survivors can vividly recall the moment the disease invaded their lives.

Last year in the United States, more than one and a half million men and women were estimated to be diagnosed with cancer -- and more than half a million people were expected to die from the disease.

The statistics are sobering. But on the other side of diagnosis are nearly 12 million Americans who have been classified as survivors by a recent report from the Centers for Disease Control and Prevention -- the authors credit early detection, an aging population, improved diagnostic methods and more effective treatment among the reasons why.

Behind these numbers are the stories of these millions of survivors, who each have their own tale to tell.

To honor all the Frike Survivors, I would like each survivor to comment and tell us how long you have been cancer free and anything else you would like to share with us. In return, I will be gifting pairs of earrings to you to thank you for taking the time to share your story with us.
(Please post your email address so I can contact you for your address) 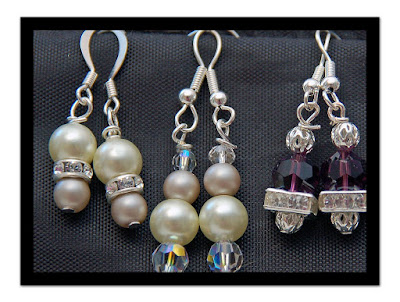 Posted by Sofia's Angels Foundation at 11:53 AM 8 comments: