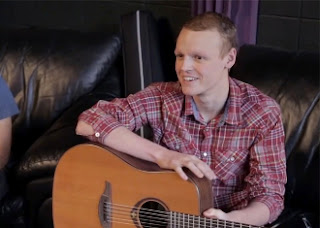 When I get back on land
Well I’ll never get my chance
Be ready to live and it’ll be ripped right out of my hands...
- from "Clouds"

Zach Sobiech is an eighteen year old with a loving family, an adoring girlfriend, a close-knit group of loyal friends, a talent for music, a passion for sports cars, and only days to live.

In 2009, after taking a run with his sister, Zach experienced a pain in his hip that his parents expected was a sports injury; an examination shocked the family- it was osteosarcoma, a rare cancer that is normally found in the long bones of teenage boys. Zach was treated with chemo with great success until a tumor appeared in his lungs. Aggressive treatment was administered, including chemo therapies and surgery, and there were nine blissful months where he was declared cancer-free… But it was not meant to last- a scan showed that several lesions had appeared on his lungs once more, and he experienced hip pain again. An examination revealed that massive amounts of cancer had grown in his pelvis. With these new revelations, Zach’s options became more and more grim. If he agreed to battle the tumors in his lungs and remove the cancer that had invaded his pelvis, he would have to suffer through chemo therapy, lose a leg and part of his abdomen, and never be able to sit up again. Being bedridden and in a hospital for the rest of his life and living in wait, wondering about the next blow the cancer would offer was not an option for Zach; he chose to continue to live as normally as possible and enjoy his remaining time, accepting that it would mean that doctors expected only six to twelve months. Even though he was only seventeen at the time, Zach understood that the life he wanted to experience had more to do with quality than quantity. If cancer was going to set limits, Zach was going to return the favor- he would not let the disease stop him from enjoying and experiencing the best of what life could offer, even if he had to accept that he had less time than others to do so.

Zach’s mother, painfully aware that his loss would impact so many people, suggested that he write letters to loved ones he would leave behind. Zach took his talent for writing and his vocal skills and created a song called “Clouds,” sharing his thoughts and ultimately comforting those he cared about through music. In response to the YouTube video of his song that quickly went viral, several celebrities were inspired to reach out to Zach by participating in a collaborative music video of his song.

Since his diagnosis, Zach has had the opportunity to enjoy several of the things that mean the most to him in life. He was able to borrow his dream car for a week and be behind the wheel of the vehicle he has always wanted. He asked out the girl he had his heart set on and she accepted. He has spent his time with his friends and his family- particularly his best friend and sister Grace, with whom he shares a special bond. On his difficult days, Zach dreams of a future he will never have. A career, marriage to his current girlfriend, four children (he hoped he would have two boys and two girls, the same dynamic he had growing up), the chance to be the kind of parent he had as a child… the things most of us take for granted every day.

We may expect we have the time to do all of the average things we see as part of a normal, every day future, but there are no promises of tomorrow, and no guarantees about the next decade, let alone the next week. Zach starts each morning with appreciation for having opened his eyes, and ends each day knowing it could be his last. If we all lived like Zach, if we all enjoyed our relationships with loved ones to the fullest, appreciated the small things like a picnic with our partner or driving a car with the windows down, thanked our parents for their support and sacrifice, and made the most of our obligations, we might feel more like Zach does about mortality… that a lot of time is nice, but a lot of meaning matters more. 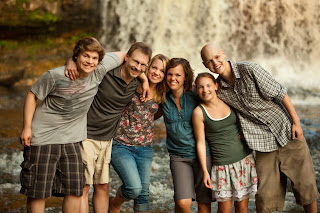 We have had the honor of teaming up with the Children's Cancer Research Fund, and with the blessing of Zach's mother, we are proud to announce a Zach Sobiech "Clouds" Pendant. All proceeds from the sale of this pendant will be donated in Zach's name to help fund research for osteosarcoma. To donate directly, watch a heartwarming documentary on Zach, learn more about his life, and indulge in more of his talent, visit his page.

Please consider sharing this blog to spread the word about Zach and his amazing story.
Posted by Sofia's Angels Foundation at 9:49 PM 1 comment: