Greeting’s from what will soon be the “artic-tundra” a.k.a Canada!

When I told Cathy I would write up a guest post on her blog I had about a trillion idea’s in which I could write about. Then this happened….. I went blank. It was like walking into the grocery store after you left your list at home. Blank. Nothing. Zip. *crickets*

Then a vision appeared before me on my computer screen. A vision so precious and sweet, it takes your breath away. 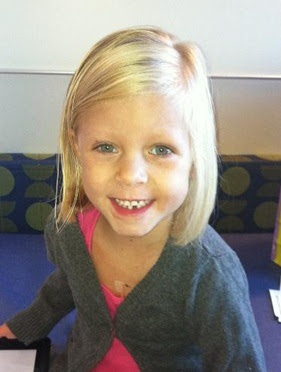 She loves all things that 5 year old girls do. She has friends, a loving family, a little sister and leukemia.

On August 29th she was diagnosed with AML (acute myloid leukemia) a cancer in her blood.

This type of leukemia is located at the stem cells of the blood and therefore affects all her blood cells. Her chemotherapy will be very intense, she will spend many weeks in the hospital to receive the chemo, and to manage the complications. In particular she will be at a very high risk of significant infections (particularly bacterial and fungal) following her chemotherapy, and will have to be monitored very closely. At present the treatment plan is to give Taiya 5 cycles of chemotherapy, 4-6 weeks apart. 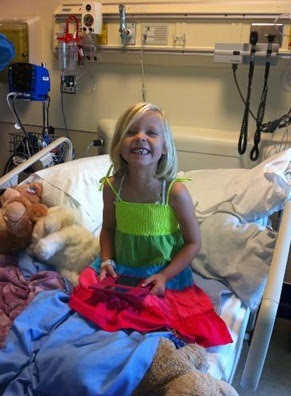 Her family lives locally where I live. So when I caught wind of what Taiya was up against, I knew I could help. After all, I am a mother of four daughters myself. A mother that knows that no child should be this sick…ever.
While I know that I cannot make Taiya better (but if I could, you bet I would!), I know that I can help her family. As parents, heck as HUMANS, we should give support when others are falling.

So that is where the awesome Cathy of Cathy’s creations comes into play. She inspired me, like so many others, to help. To open my heart as big as it can and give. To teach my children to give, to be a better person, mother, friend , human.

I have a small business that I run. I sew and quilt. It makes my head quiet and my heart happy as I do it. What started as a hobby has turned into passion.
It occurred to me that I could take the contacts that I have made and have them help me, help Taiya.

A darling friend of mine and I have decided to have a charitable online auction that will take place on November 12-13th 2011.
We have all sorts of wonderful goods donated from local as well as worldwide angels.
Please consider donating and/or purchasing from the auction that weekend. Purchase some wonderful Christmas gifts all while helping a family in need of support.
If you are interested in donating to Taiya’s auction please email myself, Brenda at: fourdaisies4d@yahoo.ca .

Thank you to Cathy for allowing me be a guest on this wonderful blog of hers, and also thank you for reminding thousands of people daily to stand up and help.

October 15th-We remember and honor the little lives
that were lost.

A dear friend posted this on her wall today. I asked her if she would allow me to
share it with all of you. She graciously agreed. 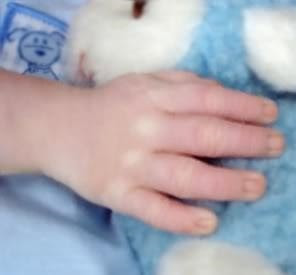 Most of you are aware that I have 2 beautiful children, Roman and Kalista, who are my life. Sure, they make me want to pull my hair out at times, but I love them with all of my heart and cannot imagine life without them. What some of my "newer" friends may not know is that I was pregnant once before Roman.

In 2005, less than a year into my marriage, I found myself pregnant for the first time. It was a roller coaster of emotions in the beginning and we thought we were losing the baby more than once. Eventually, my pregnancy seemed like it was progressing normally and I realized I was truly going to be a mom. I was due in July of 2006 and aside from living in Louisiana while extremely pregnant that summer, things were perfect. I found out in February that I was having a boy, started buying baby gear and lots of little blue clothes, and got the nursery all put together.

About 10 days before my due date, I didn't feel well. I had a horrible headache and really just didn't feel right. I drove myself in to Labor & Delivery and thought maybe I was just in an early stage of labor or something. After I arrived, I did the usual routine for any pregnant women - give the nurses all of my info, check vitals, pee in a cup, etc. Then, the nurse attempted to check my baby's heart rate. She couldn't find a heartbeat anywhere. An obstetrician came in with an ultrasound machine to see if he could find it. I will never forget the image on that screen of my baby boy curled up inside of me with his still, unbeating heart.

My child had died before I'd ever gotten to meet him. I had spent 9 months loving and preparing for my son and I would never get to parent him. I'm sure most of you have never contemplated what happens when a woman loses her baby at full-term but I certainly was not ready for it. In the moment, I begged to just be put to sleep and given a c-section. I felt dead inside at the time and I could not even fathom what the doctors were asking of me. They were going to induce labor and I was going to deliver my baby just as any other mother would.

Before I was induced, I consented to an amniocentesis. At the time, I just wanted to know "why" and any testing I could possibly do to give me an answer was worth it to me. It was painful but I was given some pretty strong drugs since there was no concern of the "dangerous" painkillers reaching my baby. My body had not even begun to prepare for delivering my baby yet so it was a long and awful process to be induced. On July 3, 2006 -almost 2 full days after first seeing his still heart on the screen, I delivered my angel. Obviously, the room was very somber. Nurses were crying right along with my mother and me. (ex-husband was not in the room - another story for another day) The doctors had warned us that once a baby passes away inside the womb, that they usually are not born without some "imperfections." I had hoped the whole thing was a mistake and I would hear him cry when he came out but it was so silent in my room. My son was absolutely perfect. Silent, but peaceful and absolutely beautiful.

His name was Aleksandr. He was named the day we found out I was having a boy. I had been looking forward to bringing him home to show him all of the little personalized things in the nursery - the wooden letters spelling his name on the windowsill, the "Aleksandr's Room" sign on the door... and he would never get to see any of it. I was given some time to hold him and to take in what an amazingly beautiful boy he was. I can still remember the heart-wrenching pain of watching the nurses wheel his bassinet away knowing I would never see my boy again.

The days that followed were, without a doubt, the darkest days of my life. The pain from losing a child is truly unimaginable. Planning your child's funeral is the type of horror you wouldn't wish on your worst enemy. I had to make plans and pick out a casket and grave marker. I don't even know how I made those decisions in my state of mind. I think for the most part, I was simply confused. How could this happen to me? To my child? I tried not to question God but couldn't help it. I loved my child. I would have given anything for him. How could He take away my baby? I was angry. So angry. I truly thought that my faith in anything good was lost. Depression doesn't even fully describe the state of hell I was living.

When I was pregnant, I joined an online "due date club" on a parenting website- lots of other women who were all due in July. It was really helpful to go through all of the phases of our pregnancies together and to compare things to see what was "normal." After I lost Aleksandr, I found my way to another group on this website - the Pregnancy and Infant Loss group. The women in that group pulled me back into reality. It's an awful club to be a part of but it makes life a lot less lonely when you know that others have been through the same type of pain and survived it. I don't really remember when it happened but at some point, I went from accepting advice and support to offering it to others. I don't think there is any other therapy that could have helped me more than to feel like I was helping other women who were going through the hell that I had just lived.

Why is pregnancy loss such a taboo subject? 1 in 4 pregnancies ends in miscarriage and close to 1 in 100 end in stillbirth (losing the baby at 20weeks pregnant or later). Out of the babies who are stillborn, close to 40% are termed SADS - Sudden Antenatal Death Syndrome ( the pre-birth equivalent to SIDS) meaning there is never any diagnosed reason that caused the baby's death. That was the case with my Aleksandr. Because the subject is uncomfortable, our society chooses to pretend pregnancy loss is not happening. The women suffering from losing babies are made to feel like they must lock their pain up inside and pretend nothing ever happened. Even 5 years later, I still don't fully feel comfortable talking about Aleksandr except with some close friends. Why should I be the one to worry about making others uncomfortable? I am the one who had to bury my own child. I hate that there's a worry for women that people will think they did something wrong or somehow contributed to their losses - It is rare that this is the case.

So, why am I writing about this now? October 15th is Pregnancy and Infant Loss Remembrance/Awareness Day. It is meant to be a day for us to remember the babies we've lost and to help people realize that this is happening every day. It is not something that anyone should have to deal with but, sadly, some of you probably have or will. I want women (and men, for that matter) to feel that they can be open about their losses without being judged or outcast when they need support, prayers, and love. I hope that by writing this out, at least one or two of you take a few minutes on Saturday to think about the babies we've said goodbye to too soon and maybe say a prayer for the moms and dads who have to live life knowing that a member of their family is missing.

I know this was long. Thanks for reading.

Posted by Sofia's Angels Foundation at 9:32 AM 2 comments: